The history of excavations and exploration of Tuna el-Gebel 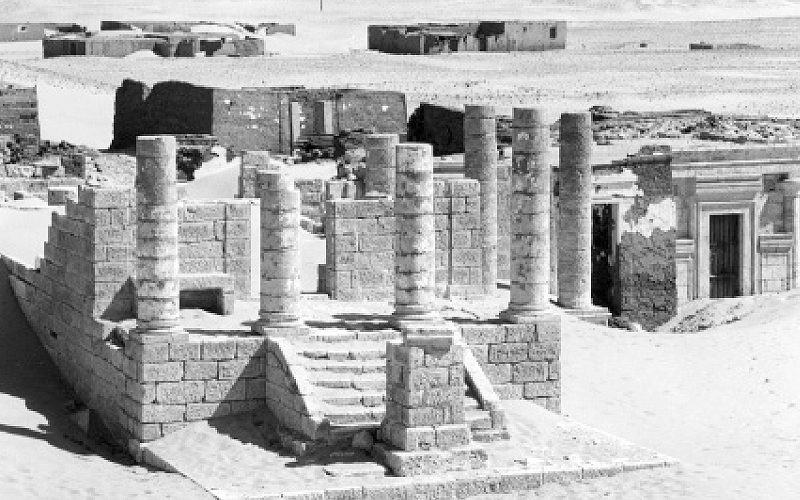 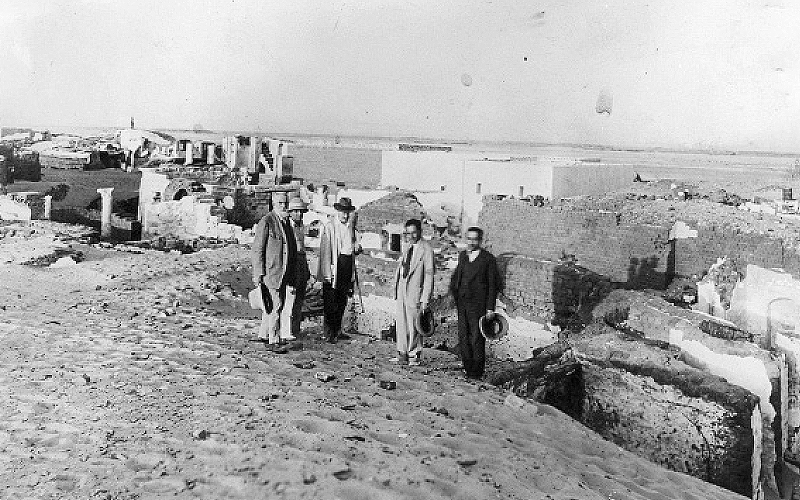 The excavator Sami Gabra and visitors at the excavation

Many of the unprovenanced funerary masks housed in museums worldwide were probably found at Tuna el-Gebel during the 19th century. The official archaeological exploration of the site, however, started only at the beginning of the 20th century. After a first season led by Gombert from the Institut Français d´Archéologie Orientale (IFAO) in 1902/03, a survey of the Deutsche Orient-Gesellschaft (DOG) by W. Honroth followed in 1913. In only ten days of exploratory excavation, he found different types of tombs constructed during the Roman period. Most important was the discovery of several tomb houses with painted decoration consisting of up to four floors. In 1919 the tomb of Petosiris was found, excavated, and reconstructed within two years.

From 1931 to 1952 Sami Gabra, professor at Cairo University, excavated at Tuna el-Gebel. Throughout his first years he concentrated his investigations on the necropolis south of the tomb of Petosiris, while in the 1940s, he started to explore the underground galleries full of animal burials. Further excavations were carried out by Alexander Badawy since 1949. They focused on the temple of Thoth(?) with a saqiya in its second court and on the southeastern area of the necropolis, discovering among other things the now-destroyed ‘Graffiti Chapel’. In the 1970s two German teams started to work at Tuna el-Gebel. While Dieter Kessler from Munich University explored the northern sector, concentrating on the underground galleries and their above ground structures, the team of Grimm, Krause, and Sabottka from Trier University surveyed the southern sector with the necropolis around the tomb of Petosiris. The results of this project remained unpublished.

Since 2005 another German team from the Roemer- und Pelizaeus-Museum, Hildesheim, since 2011 from the Lower Saxony State Museum, Hanover, guided by Katja Lembke, has continued the work of Trier University. Thanks to the assistance of land surveyors and architects from Cottbus University and geophysicists from Kiel University, the team has been able to draw a map for the entire site, including the unexcavated areas and a detailed plan of the architectural development. In 2012 we started a field school for restorers as a joint project with the University of Applied Sciences and Arts, Hildesheim, and Minya University. Since 2018 excavations take place at the site in cooperation with the Supreme Council of Antiquities.